The last book of the Bible reveals that the final conflict of the age will take place in the Valley of Jezreel (at Har-megiddo or Armageddon) as the nations of the world engage in bloody battle leading up to the Second Coming of Jesus Christ.

Are we living in the last days of planet earth? The Bible’s answer is yes, but not for the reasons you might think. Collectively, the New Testament writers agree that the “last days” or the last chapter of world history began with the coming of Jesus, the Messiah, into the world.

For example, the writer of Hebrews begins, “Long ago, at many times and in many ways, God spoke to our fathers by the prophets, but in these last days he has spoken to us by his Son, whom he appointed the heir of all things, through whom also he created the world” (1:1-2). The apostle Peter adds, “Christ was foreknown before the foundation of the world but was made manifest in the last times for the sake of you (1 Peter 1:20).

The birth of Jesus Christ in Bethlehem ushered in the last days. Whether we are in the final days of the last days is another question altogether. The New Testament refers to the “last days,” the “later times,” and the “last hour” at least nine times. “The day of the Lord” is also an important prophetic term used throughout Scripture to describe history’s final consummation.

What should we expect to see happening as we get closer to the end of the age? Jesus told His disciples to look for certain signs that would appear like the birth pangs of a mother, increasing in frequency and intensity in the last days (Matthew 24:3-27). The New Testament also speaks of moral decline (2 Timothy 3:1-5), supernatural and celestial wonders (Acts 2:16-21), emerging apostasy (1 Timothy 4:1; 2 Thessalonians 2:1-3), increasing skepticism, (2 Peter 3:3-4; Jude 18), and a growing anti-Christian sentiment (1 John 2:18) arising in the last days.

The purpose of Bible prophecy is not to scare us but to prepare us. Are you prepared for the last days of planet earth and the return of Jesus Christ?

I do not know who the 666 is in Revelation but I know the world is sick, sick, sick and the best way to speed the Lord's return is to win more souls for Him. Vance Havner 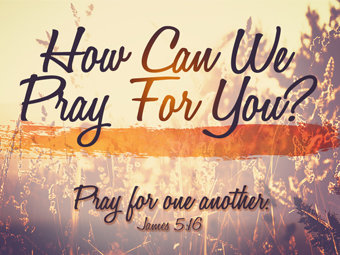